A Multi cache and the Old Calton Burial Ground in Edinburgh

This is the third post about my trip to Edinburgh back in May.  After walking the length of Princes Street Gardens and back I wanted to see The Archivists' Garden, created in 2010, behind the General Register Office of Scotland. I didn't take any photos of the garden just the info board, which does make interesting reading: 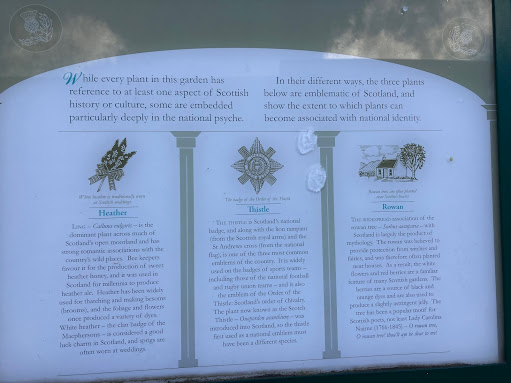 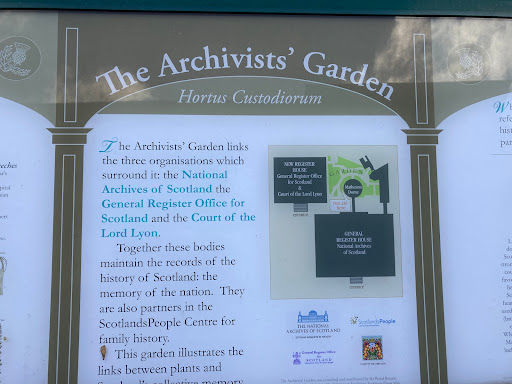 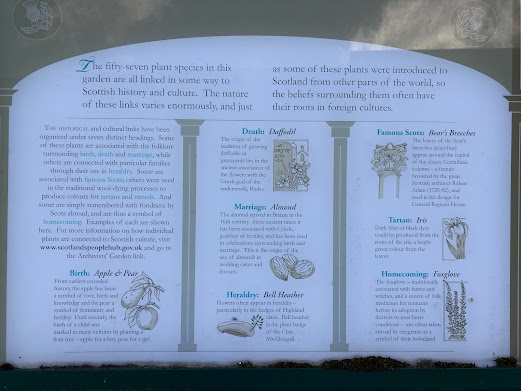 I sat in the garden for a while considering doing another geocache, this time a multi. Multi caches are ones where you have to look for one or more hints or clues to find the numbers for the coordinates for the location of the cache. This one involved going east along Princes Street from just past the train station.  The first stop was at The Balmoral Hotel, I didn't need to go inside and looking at the website, I am not sure I would have been welcomed and I differently could not afford their prices😑 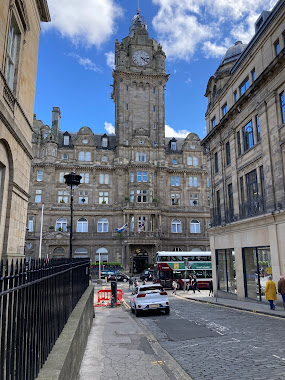 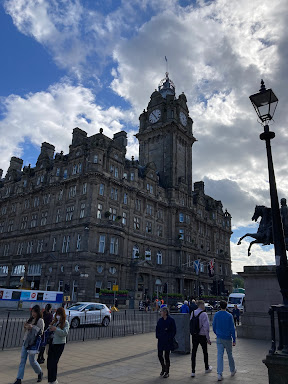 The Balmoral Hotel was formerly the North British Hotel opened in 1902 and owned by the North British Railway Company which owned Waverley Station. It is number 1 Princes Street and is the only residential building ever erected on the south side of Princes Street. The clock on top of the hotel was traditionally set 3 minutes fast so that people wouldn’t miss their trains. That tradition is still continued today, apart from Hogmanay (31st December). There is a plaque on the wall here about a pharmacy on this site where they made the chloroform used by Sir James Young Simpson in his experiments on the relief of pain. (from the Geocaching site).

I didn't find the plaque, I did walk past the front of the hotel on Princes Street 3 times, but have since found I should have been on the North Bridge side. 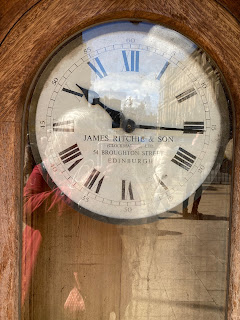 The clock mentioned above on The Balmoral Hotel was made by clockmakers, James Ritchie & Son and is still maintained by the company today.  While I had another rest near the Duke of Wellington Statue, I noticed this clock in a case. It is one of a series of clocks in Edinburgh, designed by the same firm of clockmaker so that the people of Edinburgh knew the time.  They also made the clock mechanism, and maintain the flower clock in Princes Street Gardens.  They were starting to plant it up on the day I was in Edinburgh back in May for The Queen's Platinum Jubilee.  I shall have to make another trip up there to see it in flower. 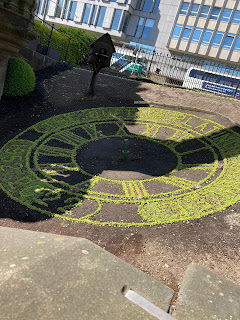 My next stop was along Waterloo Place to the Old Calton Burial Ground. 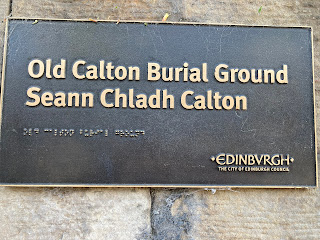 I had to find the statue of a US President. I am sure you recognise it is Abraham Lincoln. 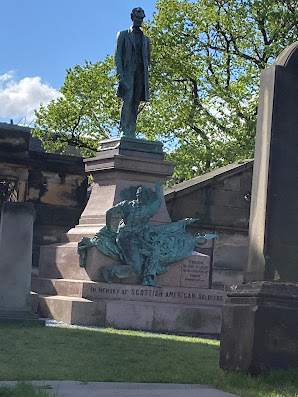 So why is there a statue of Lincoln in Edinburgh?

I took a few photos of some of the burial ground including this one of the memorial stone for Rev James Millar and his wife Agnes. 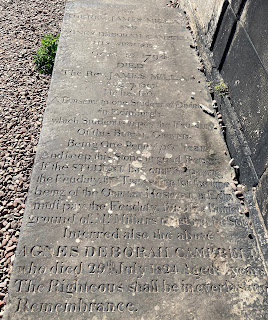 For
the Rev. James Millar
And
Agnes Deborah Campbell
His Spouse
Octr. 16.1798
Died
The Revd. James Millar
Aug 17. 1801
He has left a Bursary to one Student of Divinity
in Edinburgh,
which Student to pay the Feu-duty
Of this Burial Ground,
Being One Penny per Year,
And keep this Stone in good Repair.
If the Student has omitted paying
the Feuduty, the Treasurer for the time
being of the Orphan Hospital in Edinr,
must pay the Feuduty, for this Burial
ground of Mr Millars must not be sold.
Interred also the above
AGNES DEBORAH CAMPBELL
who died 29th July, 1824, Aged (??) years.
The Righteous shall be in everlasting
Remembrance.
So much information on the headstone. And its unusual too, a piece of social history from the time. A feuduty is a form of payment for the use of land in Scotland.
I have found a couple of references to a Rev, James Millar, but not the one interred as recorded above.  I have found a record of Agnes's death in the Edinburgh Annual Register of 1824: 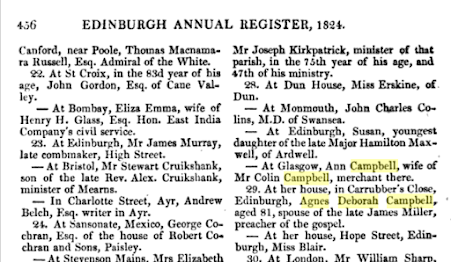 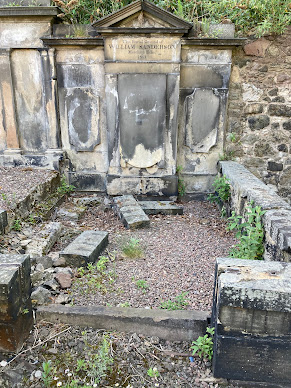 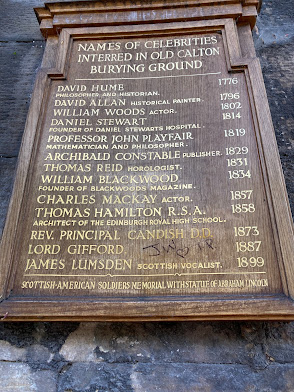 I ran out of time to complete the multi-cache, I shall have to return soon.
On the train journey back I noticed a rainbow over the sea, I love that I managed to get a photo of it coming from the sea, and then a minute later there was a double rainbow.  Apparently, double rainbows are not that unusual, but I haven't seen that many. 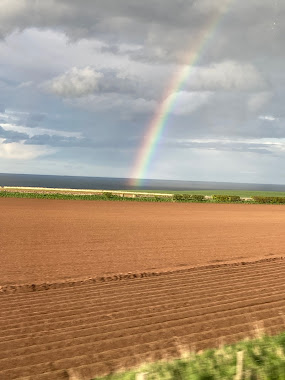 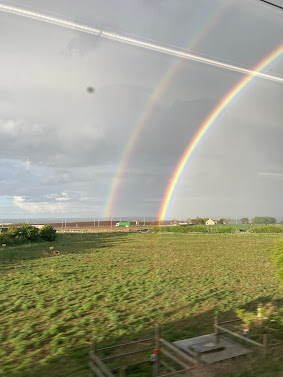 And finally, I walked nearly 7 miles that day, I rarely do that much in a whole week. I slept well that night. 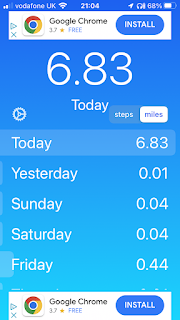